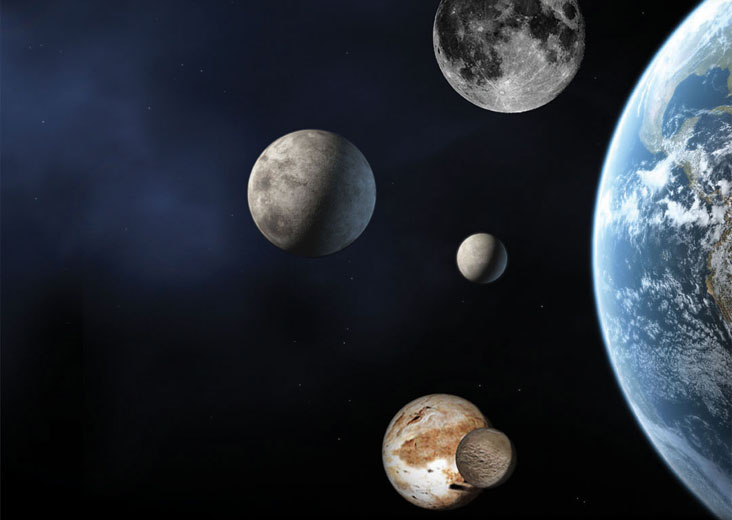 An artist's concept showing the size of the best known dwarf planets compared to Earth and its moon (top). Eris is left center; Ceres is the small body to its right and Pluto and its moon Charon are at the bottom. | By NASA

Yes, it’s rather pixellated, but that image has travelled to our screens all the way from NASA’s Dawn spacecraft currently visiting the asteroid belt of our solar system. Dawn is a probe launched in 2007 with the aim to study two of the largest protoplanets in our neighbourhood – Vesta and Ceres.

This picture of Ceres, the largest object in the asteroid belt, was snapped at a distance of 46,000 kilometres on 19 February. Meanwhile Dawn is creeping towards the orbit of this dwarf planet, named after the Roman goddess of agriculture. Hopefully then we will get a closer look at those somewhat mysterious bright spots (possibly ice pools reflecting sunlight) which to me appear to be signifying Ceres’s surprise that something human-made is approaching it.

See what I mean?

By the way, I’ve been writing this blog for 200 days straight. Now, why don’t you write something, too?

Here’s how you can help me make this 200th day special: take a minute and write below in the comments your version of what those glowing spots on Ceres are. The crazier, sillier, and outlandish, the better.

2 thoughts on “Picture Wednesday: This planet has eyes | Day 200”