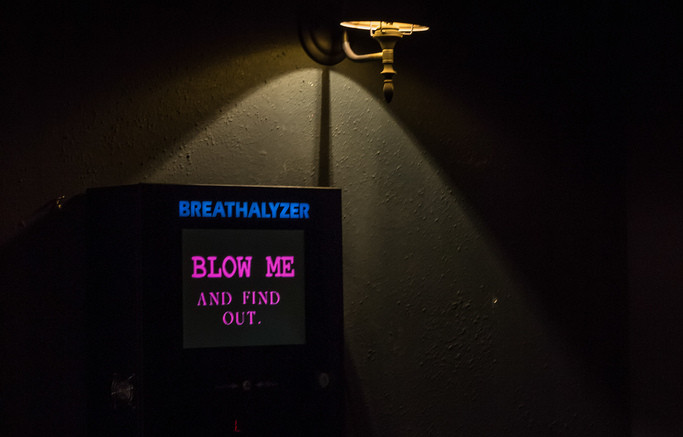 One of the best things that can happen to you if you have cancer is early detection – the earlier, the better. Unfortunately, a lot of cancers are only found once the patient starts having pain and other symptoms, at which point the disease may have progressed to a point of no return. Hence development of early detection methods is key in helping fight cancers which don’t manifest from the outset.

Equipped with over 220 million olfactory cells in their super-sensitive noses, dogs can sniff out certain cancers in urine or tissue samples once they have been trained to look for volatile organic compounds (VOCs) emitted by the tumour. This method can already provide a high-accuracy early detection test for prostate or ovarian cancers, which are highly difficult to spot before it’s too late.

Now a team of researchers from Israel and Latvia1 have found a method that can help detect gastric cancer in someone’s breath, without employing a canine.

Gastric cancer develops from pre-cancerous lesions in the stomach, such as peptic ulcers – even though most of these don’t progress to cancer, when they do, it is hard to tell before the cancer has advanced too far. According to one of the authors of the study Marcis Leja, two thirds of gastric cancer patients are diagnosed late.

It is not yet entirely clear how VOCs are emitted by tumours, but people with gastric cancer have a distinct “breath print” – eight out of 130 volatile compounds will appear in noticeably different levels, together forming a clue to the presence of cancer. The researchers determined this by testing the breath samples of cancer patients at a hospital in Riga, with a method called gas chromatography linked to mass spectrometry (GCMS). It allows for detection of each individual volatile compound and measures how much of it is present in one’s breath.

Although powerful, GCMS isn’t a practical cancer screening method because it is really expensive, needs specialised equipment, and the samples take a long time to analyse. Hence the researchers took two samples from each participant, and contrasted the spectrometry method with a new one they have devised, called ‘nanoarray analysis’. This relatively simple breath test is sensitive to changes in the “breath print” pattern of volatiles, and can detect a difference between someone with a pre-cancerous peptic ulcer and someone who already has cancer.

When a patient breathes into a tube, the air goes over a series of sensors that detect the presence of certain molecules and convert the reaction into an electrical signal. The results are not as extensive or specific as those of GCMS, because individual volatiles are not detected, but the pattern is unmistakeable in 92 per cent of cases. The test was done in a Caucasian population and the results still need to be replicated, but it appears that we may eventually have yet another early detection cancer test available, one that can make a difference in mere minutes.

The study was recently published in the journal Gut (sorry about the paywall).2