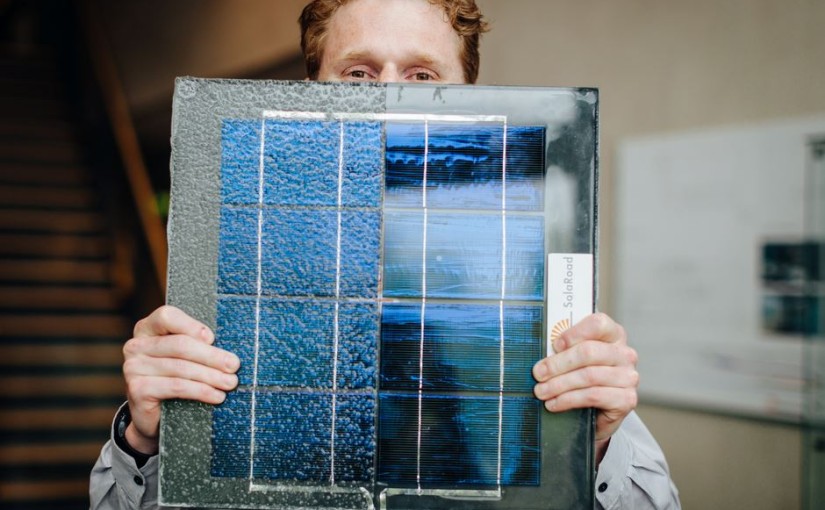 In November the first real solar road was revealed in a Dutch town Krommenie near Amsterdam. More precisely, it was a solar bike path, and it was 70 metres long.

As I wrote late last year, this pilot bike path, built out of concrete-encased silicon solar cells, wasn’t built to power anything in particular – although it was hooked up to some smart meters. The solar bike path is really just the first phase of a project designed to test the feasibility of such an endeavour, as well as how much energy you could actually expect from such a road surface.

Now, six months later, the first results are in – and they are pretty good. As the company SolaRoad announced in a media statement, since its opening the bike path has generated a little over 3000 kWh of electricity. They state that this would be enough to power a single-person household for an entire year. It may not seem that impressive, but remember that this was only 70 metres of solar cells on one half of a bike path.

“If we translate this to an annual yield, we expect more than the 70 kWh per square meter per year, which we predicted as an upper limit in the laboratory stage,” said the company’s spokesman Sten de Wit. “We can therefore conclude that it was a successful first half year.”

Of course, there are several caveats. The bike path was really expensive, so it’s not cost effective at this stage. However, I think that doesn’t mean that at some stage bike paths couldn’t be covered with cells like this, and the energy used to power nearby light poles and other infrastructure. Costs can change over time.

The second caveat is that I couldn’t verify the data, as the company has only released a press statement and no publications that go into this in depth. So we have to take their word for it.

Thirdly, they did have a problem with the tempered glass layer covering the cells – in response to sun and temperature fluctuations it was expanding and contracting too much, and started to peel off. But this is all part of why they were testing the technology to begin with. And now that they know this, the company can work on developing a better surface covering that won’t have the same problem.

So, yeah, in my book solar bike paths are still a great idea. I don’t think this is the last we’ll be hearing about this.