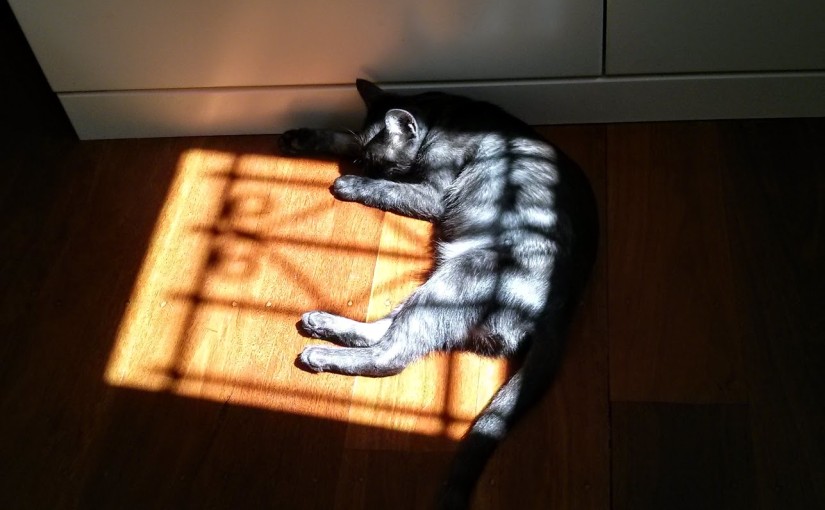 Toxoplasma gondii is a pretty nasty single-cell organism. A parasite, to be more precise. It’s also quite successful, biologically speaking. It is thought that roughly a third of the global population is carrying a latent infection of T. gondii, without exhibiting symptoms. When it does cause illness, it’s known as toxoplasmosis – pretty bad and sometimes even deadly.

The protozoan is widely associated with cats as the ‘definite host’, because T. gondii can only sexually reproduce in the small intestine of cats – both wild and domestic. Meanwhile the asexual part of the parasite’s life cycle can take place in virtually all warm-blooded animals, including birds. Because the parasite needs to get into cat intestines, it has developed a way to control the minds of rats it infects, causing them to lose fear and become an easy target to predators. A cat eats an infected mouse, and T. gondii hitches a ride to exactly the place it needs for making little parasite babies. A cat then sheds them through faeces, and the life cycle continues in whatever host they find.

Apart from having a known effect on rat minds, T. gondii has also been shown to cause cognitive problems in humans, including behavioural changes. A fresh study in Parasitology has even correlated reading and memory impairments in schoolchildren with this infection.

So, does that mean cats make you do crazy things?

Well, if you have toxoplasmosis, it’s more likely that it was caused by that undercooked piece of chicken you recently ate with a side of unwashed veggies.

Meanwhile, your fuzzy and adorable pet is more than likely to be safe:

…cats only shed Toxo oocysts for three weeks after ingesting the parasite. That means indoor cats who aren’t running around gobbling up infected mice are basically safe. As for outdoor cats, The Atlantic writer Mcauliffe consulted Jaroslav Flegr, a Czech scientist who has devoted much of his career to the study of Toxoplasma gondii.

She writes: “As for outdoor cats, they shed the parasite for only three weeks of their life, typically when they’re young and have just begun hunting. During that brief period, Flegr simply recommends taking care to keep kitchen counters and tables wiped clean.”

Once they have shed the parasite, outdoor cats typically acquire immunity and will not become reinfected, meaning they will only shed the parasite once in their lives. So, to be honest, your beloved house cat is probably not controlling your mind after all.

I’m totally not writing this because my cat made me.