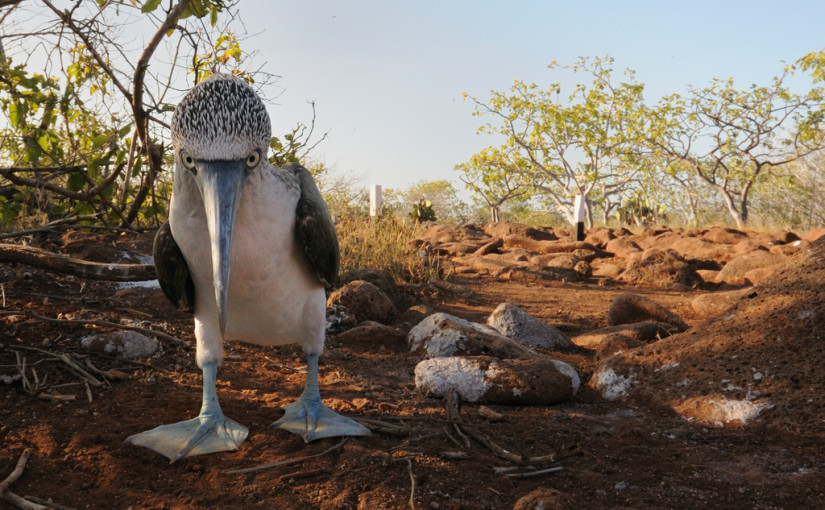 Don’t you just love the fact that it’s 21st century? For example, today I visited Galapagos Islands in the comfort of my own study. Fair enough, I couldn’t smell the sea breeze or touch a cactus, but it was quite lovely nonetheless.

You may remember – when Google introduced Street View back in 2007, it was lauded as a true innovation to mapping, a treasure trove for funny snaps, and even a potential privacy invader. People browsed it for amusement, explored the streets of their neighbourhoods, and then moved on. Of course, it does have practical purposes – I’ve used Street View many times to familiarise myself with an address in a neighbourhood I haven’t visited before.

But it was the addition of treks from faraway places that really made the map feature special. In 2013 the addition of a 360 tour of parts of the Galapagos Islands made me giddy with excitement – this is one of the few places in the world that I desperately want to visit in my lifetime. After all, this Ecuadorian province, a remarkably biodiverse volcanic archipelago, is forever writ in the annals of natural history, thanks to Charles Darwin’s famous explorations.

While I’m still working on having a lot of spare money to go there in person, the beauty and uniqueness of the place is nicely conveyed in a Google Maps tour. Here are some snaps I took today.

These Galapagos sea lions (Zalophus wollebaeki) are sunbathing at Playa Punta Carola on the easternmost island, San Cristobal. They are one of the most numerous species on the archipelago, an inquisitive and social sort. The sea lions mostly eat sardines, and have a lifespan of up to 24 years.

I stumbled upon this Magnificent Frigatebird (Fregata magnificens) while wandering the tiny North Seymour Island, a little island off the northern coast of Baltra Island. That red thing is the bird’s gular sac – a prominent bag of featherless throat skin. You won’t be surprised to hear that these birds boast the sacs for mate-attracting purposes.

If you stumble through enough brambles and bird-poo covered rocks on the shore of North Seymour, you’re bound to run into the whimsical Blue-footed Booby. These birds are endemic to the archipelago, and their curious blue-feet are a sexual trait as well. Female boobies can judge the health status of a male by how blue his feet are – the better his diet, the more vibrant the flappers. Hence the birds do a goofy mating dance in which they display their feet in order to secure the interest of the ladies.

And here I found a reptile! This is at Puerto Villamil on the largest Galapagos island, Isabela. This is a marine iguana (Amblyrhynchus cristatus), a species found only here, and unique amongst its kind – it’s the only modern lizard known to forage in the sea, which makes it a marine reptile. The particular specimen in this photo is A. c. albemarlensis, a subspecies found on Isabela Island.

So, there you go, a short – and entirely virtual – wildlife tour. I encourage you to fire up Google Maps and see what else you can observe. There’s even a web app that allows you to document the plants and animals you spot and contribute to the research of these unique islands.