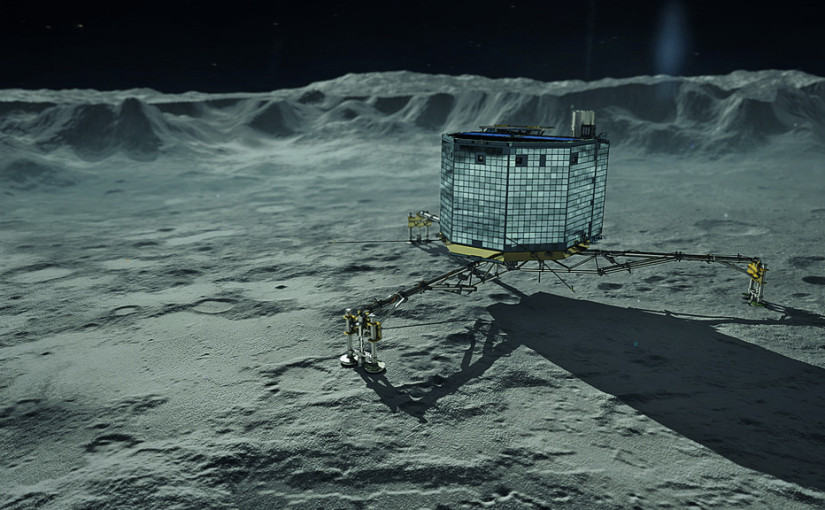 Remember Philae, the little comet lander I described as the best space story of 2014?

You do now. The European Space Agency’s greatest success of the decade has made headlines once again, as the Philae lander awakened on the surface of the 67P/Churyumov-Gerasimenko comet on 13 June, and started beaming signals back home. It even had a cute Twitter conversation with Rosetta Mission headquarters on the weekend.

And the Philae cartoon character ESA have been using in their adorable YouTube movies received a lovely update on Facebook.

Actually, there isn’t much scientific data to report yet. The awakening means that the crater where the lander made cometfall has received some much-needed sunlight, which is not surprising, because the comet has continued to hurtle towards the Sun for the past seven months, and the researchers very much hoped Philae’s batteries would recharge. But so far they’ve only received a small amount of data, and will be waiting for more to come through.

The comet – and Philae – are expected to reach perihelion, the closest point to the Sun, in a mere 58 days. Meanwhile, the data brought back by the orbiter Rosetta, as well as the lander itself, has revealed surprises in the chemical composition of the comet’s atmosphere, provided clues to the formation of the Solar System, and contributed knowledge about the possible contribution of comets to Earth’s atmosphere. These are just a few of the discoveries, and the mission still continues. We are going to learn so much.