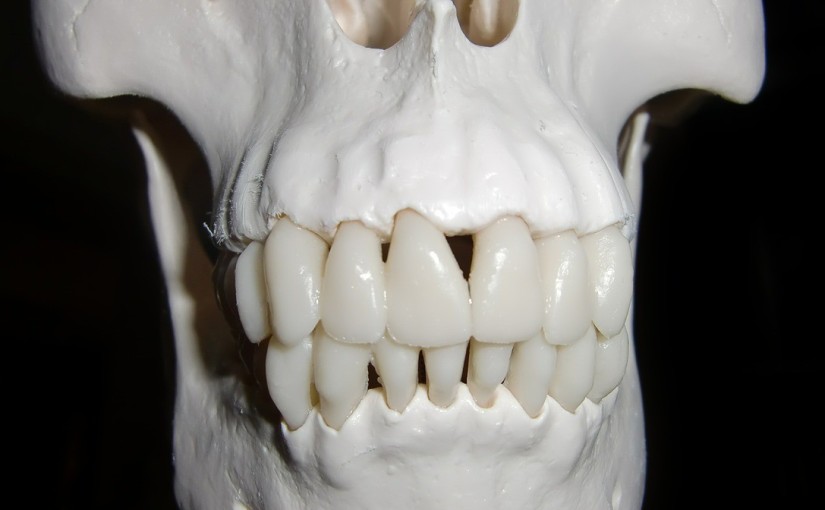 My dental health is abysmal – right now I’m recovering from a tooth extraction which brings my loss of permanent molars to two. I think I’ve lost count of the times other teeth have chipped, and don’t even get me started on what appear to be tiny cracks in the enamel. Frankly, it’s depressing – and expensive to deal with.

Of course, a sizeable contribution to the state of one’s dental health comes from genetics, and, as the surgeon put it today, “you’re quite unlucky.” But every dentist I’ve seen also agrees that, had I grown up in a country with fluoride in the water supply, I wouldn’t have the problems I’m dealing with now.

Fluoride is a negatively charged ion of the chemical fluorine. It can occur naturally in water, but in most places around the world the levels are quite low. Fluoride is considered a micronutrient – it is proven to aid the development of healthy teeth and enamel, particularly between the age of 7-15 when teeth are developing. This surprising benefit was discovered in the 1930s by surveying why some places in America had significantly less tooth decay than others. The reason turned out to be naturally occurring fluoride in the drinking water supply.

Since the recognition of fluoride’s benefits, it’s been added to toothpastes and gels, given to children as dissoluble tablets, as well as systemically – as an addition to water supplies in communities. The optimal level of fluoride in drinking water, according to the WHO, is around 1mg/litre. If you frequently drink fluoridated water, the plaque and saliva in your mouth retains the chemical, which in turn works on properly mineralising the surface of the teeth. Together with good oral hygiene and avoidance of sugary drinks this is by far the best way to maintain oral health even in adulthood. Which is probably why these days I hardly ever get new cavities, because in the state of New South Wales 95 per cent of the population are getting fluoridated water – and I drink lots of it. So these days the dental problems I have arise from the terrible caries I had in my childhood, when constant exposure to fluoride would have helped immensely.

Unsurprisingly, fluoridation programs have often met with strong resistance since their introduction started in the 30s and 40s. Even today you can easily find plenty of websites online which don’t hesitate to warn you of the dangers of fluoride. It is claimed to be toxic, a cause of many diseases including dementia and brain damage, and even deemed a government conspiracy to make everyone docile and stupid. However, all of these beliefs are based on compromised thinking fuelled by such fallacies as appealing to nature, which asserts that if something is artificial, it therefore must be bad – this is the same attitude which informs chemophobia.

The truth is that fluoridation has been proven to be not only highly effective, but also completely safe, and none of the purported negative health effects or even allergies have been proven to exist. The only negative effect that can – and does – arise from fluoride is something called ‘dental fluorosis’, a mottling of tooth enamel often seen as white streaks or specks, or discoloration in more severe cases. However, this can only happen when one is chronically exposed to too much fluoride during teeth development, especially between the ages of 1-4 years. The levels of fluoride in water would have to significantly exceed 1.5mg/litre – which is above the amount that gets added via fluoridation programs.

Now, excessive fluoride can be found in water – but it is typically of a geological origin. The WHO denotes ‘fluoride belts’ from Syria to Kenya and from Turkey through India to China. In developing countries where excess fluoride is causing problems, health organisations are working to establish removal plants that can help normalise the levels. This does not mean that fluoride is unwanted – it just needs to be at the right concentration. It needs to be noted that in places where children get excellent and subsidised dental care water fluoridation is less important – albeit can still be beneficial, particularly for poorer members of society. All in all, people really need to ease up on the outrage about chemicals, and listen to health authorities instead.