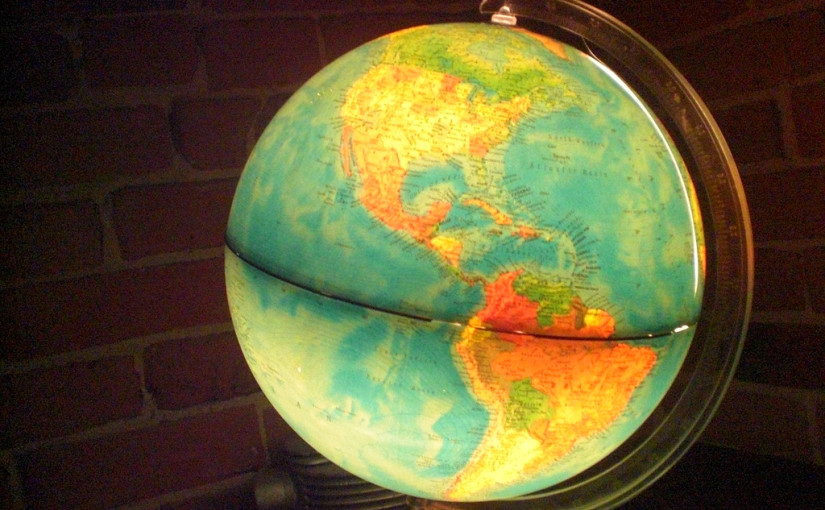 A few days ago I was anticipating jet lag and looked into the evidence-based things that can help conquer it – systematic exposure to light/dark to influence melatonin production, strategic sleep patterns, and so on.

I’ve now spent two days in Riga and my jet lag is all but gone. The reason for that is extremely simple – it’s the latitude I’m at. It’s no surprise that your location on Earth determines how long the day is, thanks to the tilt in our planet’s axis of rotation as it ellipses around the Sun. Due to this effect, the farther you go from the equator to either pole, the larger the discrepancy between day length in summer and winter. Riga is the city I grew up in, and it’s pretty far north as far as latitude is concerned. At 56°55’N the longest day is Summer Solstice in June, with a whopping 17.5 hours of daylight. With a sunrise before 5am and a sunset after 10pm, it doesn’t really get properly dark in the middle of night. Even now in July we’re still getting over 16 hours of straight daylight here, plus twilight.

Such a copious amount of light is bound to keep you awake when you desperately need it, such as when dealing with jet lag. Thanks to long, glorious summer days, I’ve been only falling asleep as soon as it gets dark – shortly before midnight – and the amount of sleep necessary has kept me put until I get at least 6-7 hours. Take that, jet lag.

So, in short, if you want to effectively beat jet lag, travel to the right latitude in the right season, and you’ll be all set. Or, at the very least, check the daylight hours of where it is that you’re going, and see how it can work depending on where you are traveling from.

The question now remains – what I will do when I get back to Sydney. I should probably put my smug advice to test.