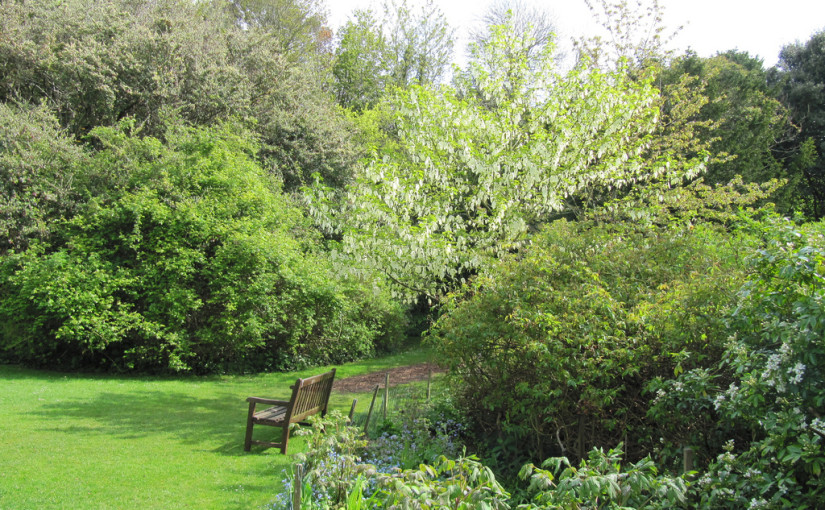 It’s summer in this hemisphere! I’ve really been enjoying the sun, and the warmth, and the greenery. Ah, the rich greenery that’s so characteristic of Northern European trees – linden, oak, birch, and many others. They each sport their specific shade of classic “leafy green”, but they also have something in common – chlorophyll molecules swishing around in those lush, lush leaves.

One of the most important molecules in Earth’s biology, chlorophyll is a vital component of the photosynthesis process which allows plants to absorb light and produce energy from it. You probably already knew that. But there is more to chlorophyll, so I thought I’d celebrate all things green by sharing some cool facts about it.

Chlorophyll is a chelate. In chemistry chelates are molecules which have a central metal ion bonded to a large organic molecule. Chlorophyll’s metal ion is magnesium; the organic part is comprised of carbon, hydrogen, and oxygen, bound to the magnesium via nitrogen atoms.

There is more than one type of chlorophyll. Depending on the exact molecular formula, six types of chlorophyll are distinguished. The most common is type a, which occurs not just in plants, but also algae and other aquatic organisms. Plants often sport type b as well, which is yellow in colour.

Chlorophyll has something to do with chlorine. While chemically there is no relation, the molecule’s name is derived from the Greek chloros, which means ‘the green of new growth’ or ‘yellow-green’, and phyllon, meaning ‘leaf’. Chlorine, being a greenish yellow gas, shares part of its name with chlorophyll.

Chlorophyll is also a dye. If you’ve ever seen ‘Natural Green 3’ or ‘E140’ on an ingredients list, that’s actually chlorophyll a. Because the molecule is such an effective absorber of light in both the blue and red spectra, what’s left over is a bright green hue. It’s used as colouring in both cosmetics and food; the liqueur absinthe is green thanks to chlorophyll released from the herbs used to brew it.

Oh, and one last fact – it’s really hard to spell.