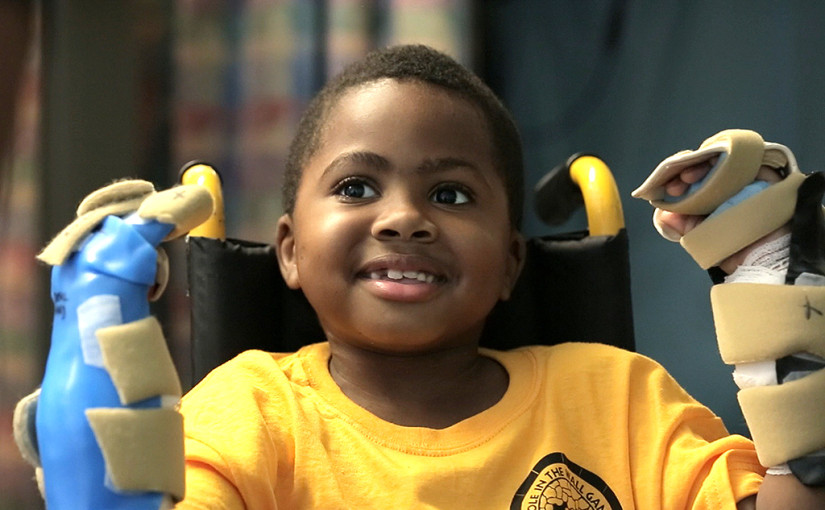 People who hate modern medicine really don’t have much going for them right now – earlier this week we learned that an 8-year-old boy has received the gift of two new hands in place of the ones he lost to severe sepsis a few years earlier.

Little Zion Harvey underwent the life-changing operation thanks to a kind-hearted donor family and a dedicated 40-member team of top-notch medical staff at the Children’s Hospital of Philadelphia, in collaboration with Penn Medicine. Four simultaneous teams performed the procedure, attending to the patient’s limbs and the donor limbs at the same time. The painstaking attachment of bones, blood vessels, muscles, tendons, and nerves lasted more than 10 hours.

It’s not the first time a person has received a transplant of both hands, but it’s the first time it’s been done successfully in a child. You can learn more about Zion’s story and the procedure, but my interest was particularly piqued by the fact that doctors expect the boy’s hands to grow as he gets older. This aspect of transplantation didn’t even occur to me at first.

When a child receives a transplant – whether it’s a limb or an organ – the growth mechanisms in the cells of the donor item are triggered by the same process as the rest of the person’s body. The pituitary gland in the brain produces a hormone called somatotropin, also known as the ‘growth hormone’. The interactions of this hormone are complex – some cells it stimulates directly, causing them to differentiate; cartilage cells or chondrocytes are one such example. The most significant contribution is actually somatotropin’s ability to stimulate the secretion of insulin-like growth factor-I, a hormone which then goes on to promote the differentiation of cells in a range of tissues, including muscle.

So the reason why a transplanted donor hand can continue to grow is all thanks to the hormonal makeup of the host child’s body. I think that’s pretty cool.