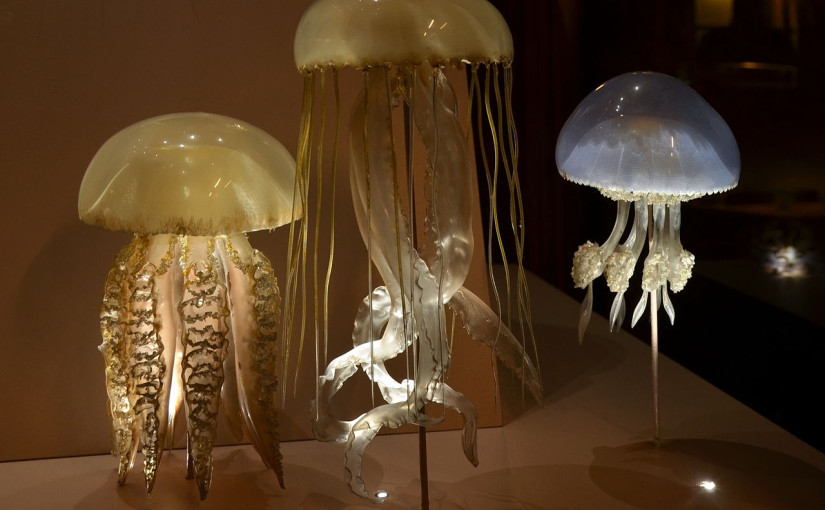 The stuff one can make from glass, you wouldn’t believe. For example, in the early 19th century in Bohemia there lived a family whose business was creating various glass ornaments, as well as glass eyes used for prosthetics. Their son Leopold joined the family business at an early age, showing great aptitude for glass artistry, as well as gem cutting and creating gold jewellery. He Latinised the family name to Blaschka, and went on to become a legendary creator of glass models for scientific displays – particularly exotic flowers and marine invertebrates.

At a time when preservation of specimens was difficult and often ineffective, botanical and marine animal models made out of glass didn’t decay, die, or change colour. The specimens created by Leopold Blaschka together with his son Rudolph were incredibly lifelike, intricate and beautiful – as well as accurate. The Blaschkas became highly demanded in the scientific community, and even signed a ten-year contract with Harvard University where they modelled thousands of plants and plant parts; this body of work became known as the Glass Flowers collection.

I’ve never seen any Blaschka models in life, but even photos convey the incredible detail and unique craftsmanship. I’m particularly fascinated by the jellyfish. There are galleries of their work online – see the Cornell University collection, for example. The photo I’ve featured today is from Wikipedia, and you can click on it to see more detail. The fact these things are made out of glass just blows my mind.