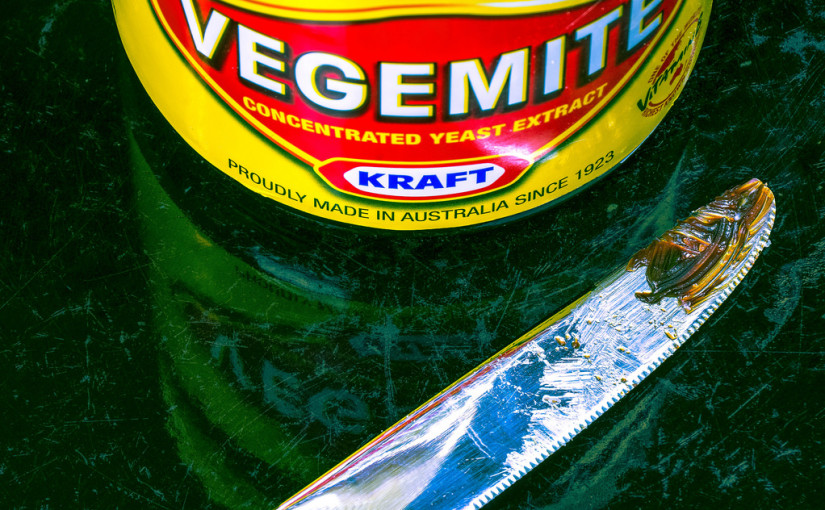 News broke this evening that the Australian yeast spread Vegemite might become subject to sale restrictions due to the fact that residents in some distant Northern Territory ‘dry communities’ are using the iconic condiment to brew alcohol at home.

There are so many versions of the same story it doesn’t even matter which one I link to – they all reference the same quote from the Prime Minister. “This is a deregulatory Government and the last thing I want to do is to have a Vegemite watch,” he said. “Because Vegemite, quite properly, is for most people a reasonably nutritious spread on your morning toast or on your sandwiches.” Umm, okay, then.

This story is completely bunk, though.

Is it actually possible to make
Vegemite alcohol?

Yeasts, a class of microscopic single-cell fungi, are capable of converting sugar into carbon dioxide and alcohol via the biological process of ethanol fermentation. All alcoholic beverages contain ethanol that’s been produced with the help of yeast, typically the species Saccharomyces cerevisiae.

Because yeast uses sugars such as glucose, fructose, and others as nutrition, the resulting alcohol is simply metabolic waste, a by-product of the cell division process. Carbon dioxide is the other by-product, and humans have found that useful, too – in bread making. Thus, if you have access to some yeast and sugar (and other ingredients I’m not aware of), it’s quite possible to create a homebrew if you know what you’re doing.

So, can Vegemite be this source of yeast?

Vegemite – and its British relative Marmite, along with various other brands – is a yeast extract product. The spread has a strong umami flavour thanks to the presence of glutamic acid, which is released when the yeast cells break down in a process called autolysis, or self-digestion. It means that the yeast has died, released digestive enzymes, and these enzymes have turned the cell contents into simpler compounds, such as the aforementioned glutamic acid. Once the cell walls are removed via centrifuging, and the whole mixture has been concentrated and flavoured with salt and some secret ingredients, you have yourself an emotionally divisive sandwich spread. Yes, it is made out of spent brewer’s yeast, but the relation to alcohol ends there – if anything, Vegemite (and all other yeast extracts) is what happens after alcohol has been made; it’s well known as a by-product of the beer brewing industry.

In short, the yeast in Vegemite is dead as doornails and broken down into what’s not even a vague semblance of the original fungus. If the yeast is dead, there is no way it can produce alcohol. Because it’s dead. Unless they added some live yeast back into Vegemite,1 and that yeast somehow magically survived the high-salt environment, the sandwich spread almost certainly can’t metabolise sugar.

But why are people claiming it was used for making alcohol?

The only connection I can think of is the fact that for making homebrew you may also need ‘yeast nutrient’, and that’s where yeast extract comes in, according to some connoisseur forums. It might also be that people who are trying to make alcohol at home have been misled into thinking Vegemite would work as yeast. Because there are plenty of yeast species just kicking about in our environment, it could be possible to make some sort of vicious alcoholic drink by trying to brew whatever you have at hand, but it is generally advised against as you can’t control what kind of alcohol you will end up with. I hope nobody made themselves ill.

Why no media outlet2 has bothered to check whether Vegemite alcohol is physically possible, I don’t know – but it’s not the first time such a myth involving yeast extract products has surfaced.